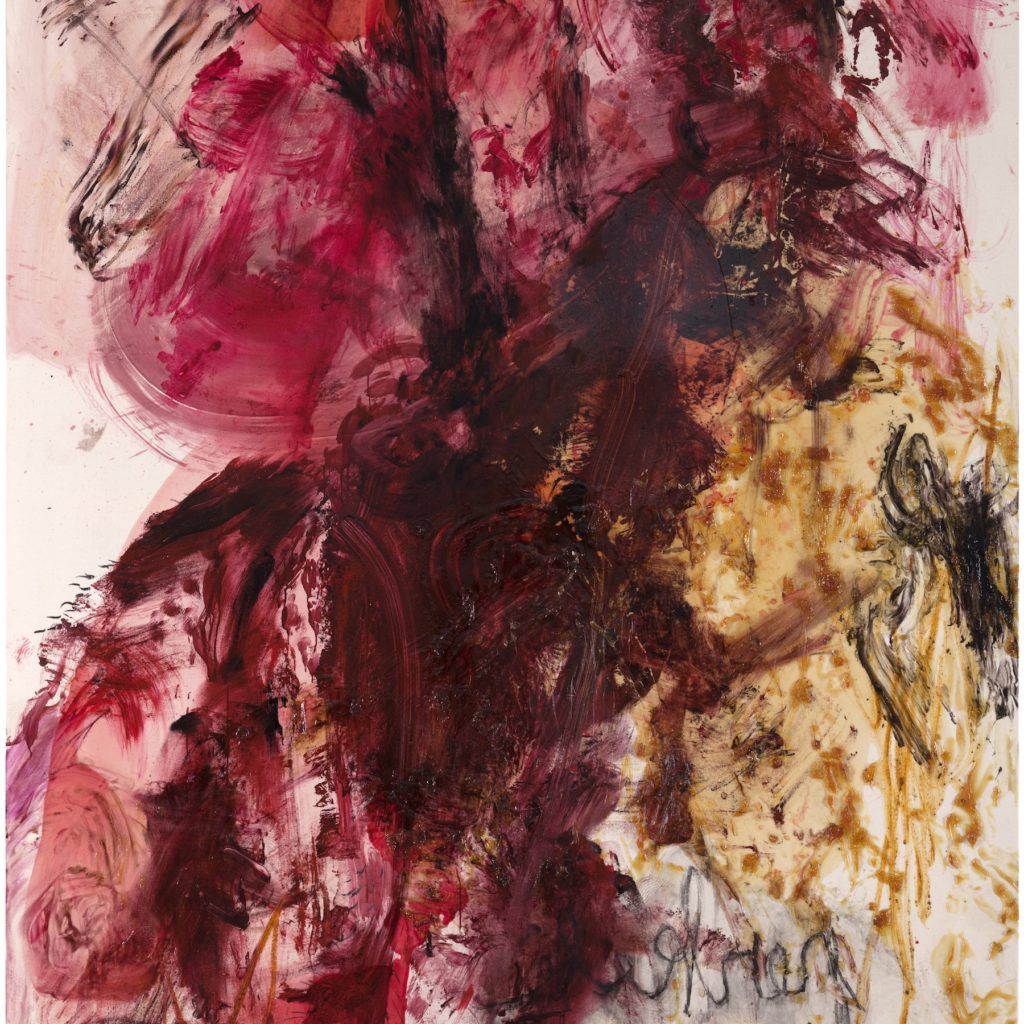 Biblical motifs, self-portraits, wobbling vertical lines, floral paintings referencing 17th-century Dutch still lifes, maps of suburbia – Heikki Marila’s output from the past 20 years covers an extraordinary range of topics. He draws his inspiration from the history of art, and in the case of his new paintings also from Lutheran Christianity, which he sees as a kind of operating system of northern, and therefore also Finnish, culture. Marila’s paintings are addressed directly and indirectly to his predecessors, such as the German renaissance painters Matthias Grünewald and Albrecht Dürer, the French painter Henri Fantin-Latour, and German neo-expressionists. Not only Marila’s subject matter, but his style too is intense and emotional. He paints in thick, vigorous strokes with liberal amounts of paint. The painted surface is a testament to the struggle between the artist and the painting, a struggle with an intense, passionate outcome.

Marila’s works often convey an exaggerated sense of drama as well as irony. Yet irony for him is no joke. On the contrary, there is always some serious issue lurking behind the irony. The sumptuous layers of paint conceal powerful social messages and sentiments. Marila examines power and its institutions critically and with a keen eye, drawing our attention to things that are prosaic, considered insignificant or relegated to the margin.

His works are endowed with an extreme physicality and an authentic honesty, there is nothing superfluous in them. That is precisely why they speak to us so powerfully.

Heikki Marila (b. 1966) lives and works in Turku. He has exhibited extensively both in Finland and in other Nordic countries and Europe. He has work in numerous major museum collections, such as Helsinki Art Museum, Sara Hildén Art Museum, Wäinö Aaltonen Art Museum and Jenny and Antti Wihuri Foundation Collection.