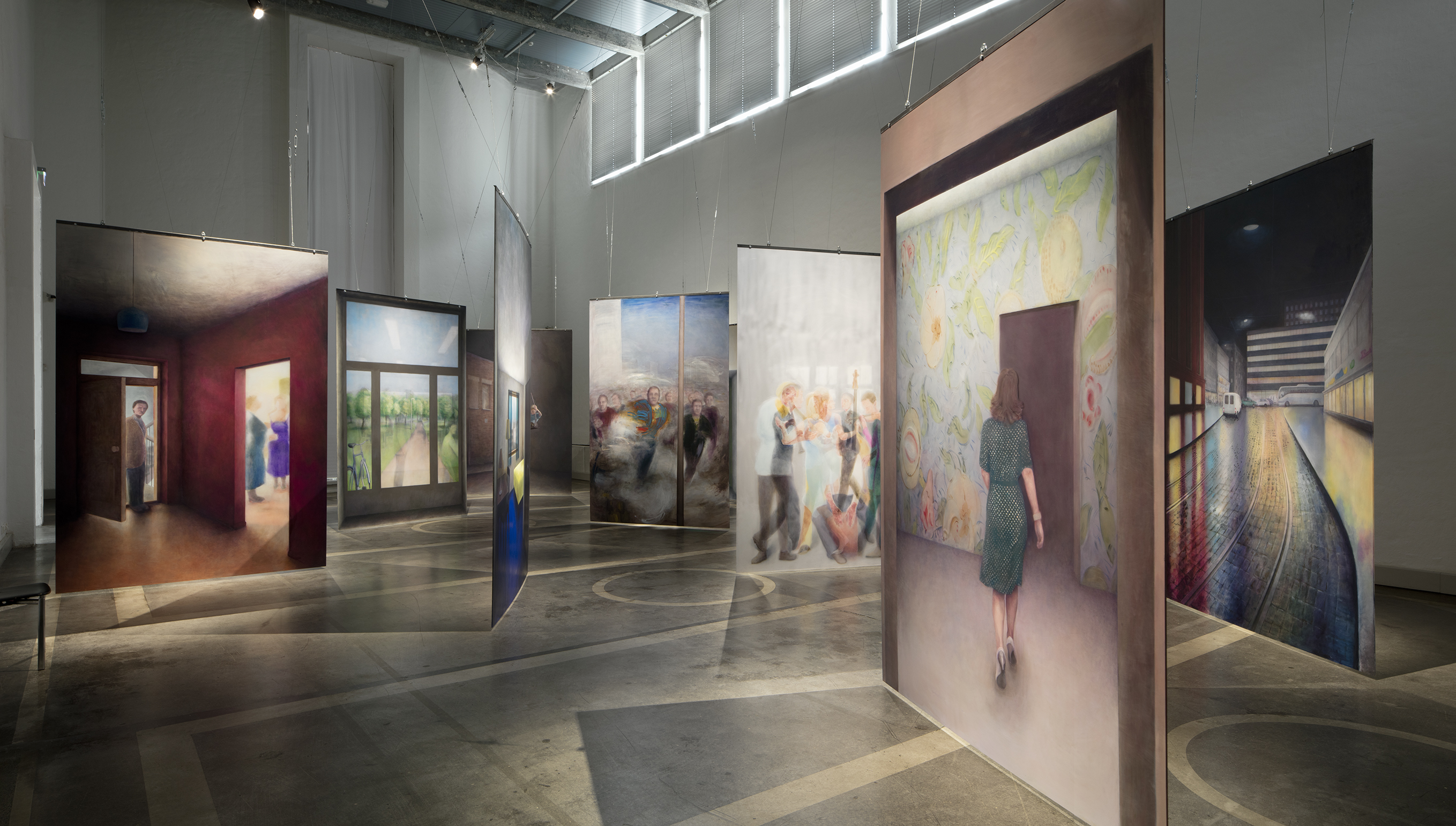 The exhibition presents At the Same Time Elsewhere, a painting installation co-produced by Susanne Gottberg and Markus Kåhre

Kunsthalle Helsinki’s summer exhibition presents recent works by Susanne Gottberg (b. 1964) dating from the 2010s. The focus of the exhibition is on her latest pieces, including a new walk-through installation created in collaboration with sculptor Markus Kåhre (b. 1969), At the Same Time Elsewhere.

Filling the sculpture gallery, At the Same Time Elsewhereconsists of suspended, large-scale plexiglas panels, both sides of which are painted with everyday situations and encounters. Each viewer can invent their own unfolding storyline as they move through the space. The mise-en-scènestyle of the installation is associated with the title of the exhibition, The Third Factor: the situations depicted in the installation occur simultaneously yet in a different place than the other works in the exhibition. Meanwhile Elsewhereis the third artistic collaboration between Gottberg and Kåhre. Their first collaborative piece debuted at the Amos Anderson Art Museum in 2009 and their second at the Hanaholmen Cultural Centre for Sweden and Finland in 2017.

Gottberg is known as a painter of silences who casts a simultaneous spotlight on presences and absences. Painting on both wood and canvas, she captures exquisite impressions of objects and furniture, such as textiles and surfaces. She vividly evokes a sense of what lies beyond the confines of the canvas by focusing intently on specific details and cropping her images suggestively. She engages in a play on spatiality that raises questions about what we see and cannot see by seizing moments when something appears to have just happened or is about to happen.

Her new glass-themed works mark a continuation of her ongoing explorations of spatiality, examining the world through myriad reflections: the reflections on glass expand the spatial domain of the painting beyond the scene captured on the canvas. The translucence of the glass adds a further spatial dimension to the compositions, which often portray several glasses stacked on top of one another.

The exhibition charts Gottberg’s artistic journey and stylistic transitions of the past few years. In her works painted on wood, the image blends with the surface, opening up new dimensions and creating organic iconographies in unison with the woodgrain beneath. Painting on canvases has emancipated the artist’s technique; her recent glass-themed paintings are more expressionistic in their brushwork. Usually known for her reserve and subtlety, Gottberg’s most recent works are freer and more relaxed in style.

Gottberg graduated from the Academy of Fine Arts in 1989, and held her debut exhibition in Helsinki the same year. She received the Finnish Art Society’s Ducat Prize in 1991 and was chosen as Finland’s Young Artist of the Year in 1994. The Kunsthalle exhibition will coincide with the release of a new book about Gottberg published in collaboration with the Pro Artibus Foundation. The essays are authored by the artist herself, Professor Emeritus, NTNU Maaretta Jaukkuri and curator Juha-Heikki Tihinen (Pro Artibus Foundation). The exhibition is supported by the Swedish Cultural Foundation in Finland and Arts Promotion Center Finland. 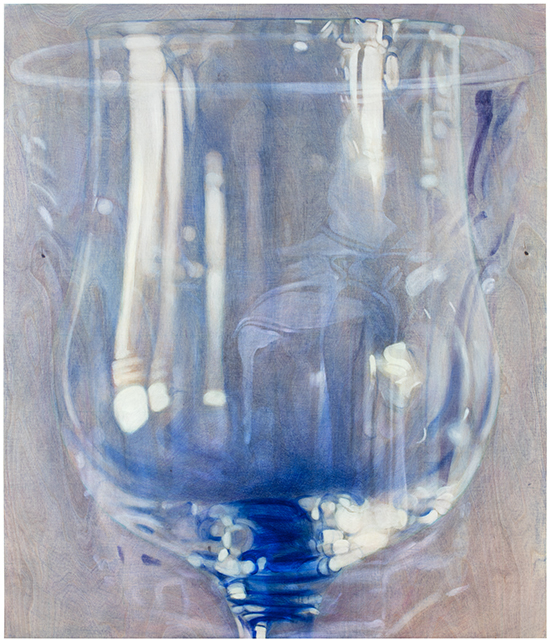