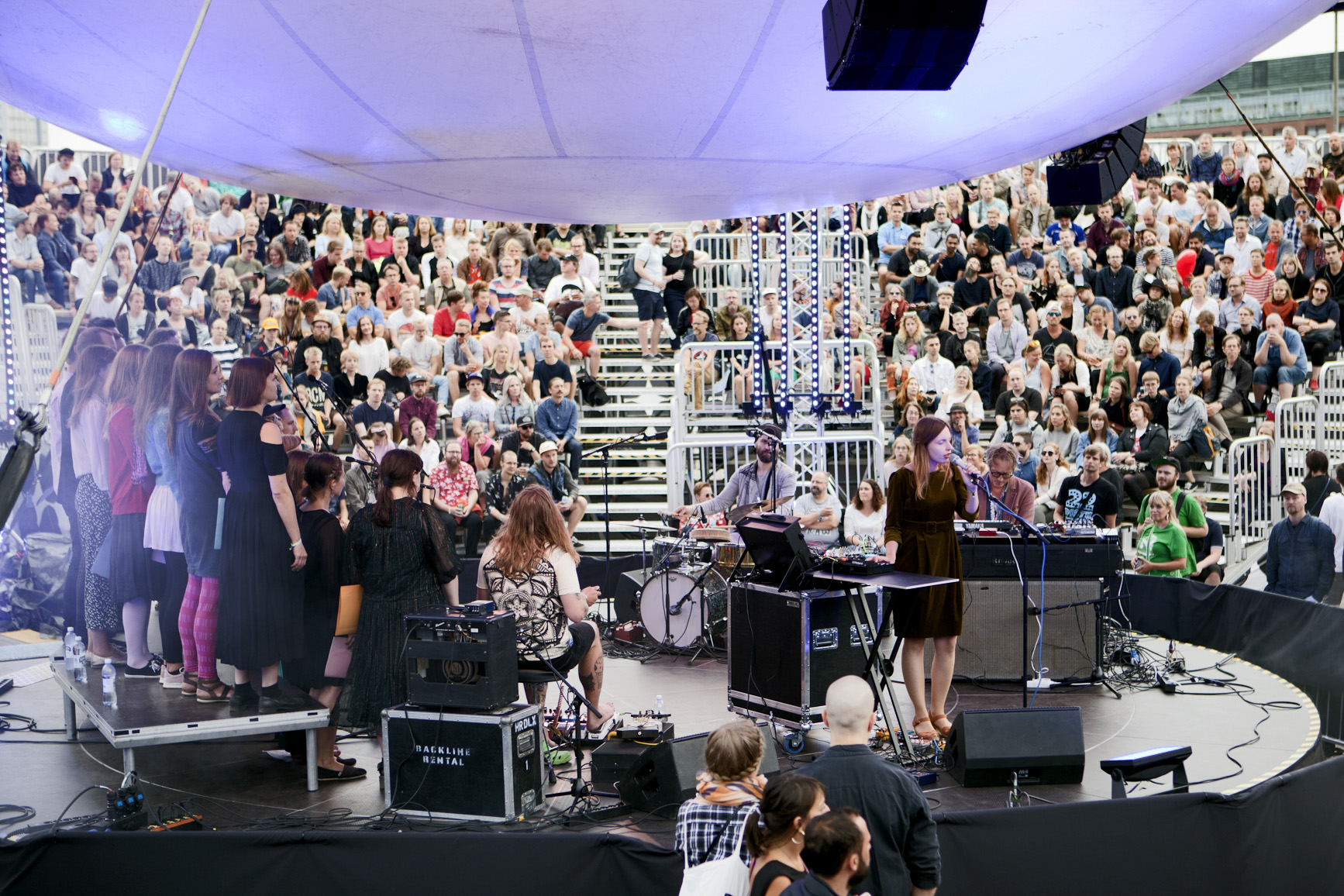 The dark nights of November set a relaxing tone for a day at the Kunsthalle’s Ugo Rondinone exhibition, where dreams meet the mundane.

Later on, LauNau and the Poseidon choir will perform in the Kunsthalle space combining bird sounds from Kemiö island with chamber folk and experimental pop. One of the pieces that will be performed is specifically made for the Kunsthalle, while the rest of the songs are known from the Poseidon album, which was nominated for an Emma and received a Femma prize.

LauNau, aka Laura Naukkarinen, is a musician who combines cinematographic and experimental sounds with folk music traditions and chamber music in her electronic music. In addition to her own music, Naukkarinen also composes, produces and performs music for film, theatre, dance and sound installations.

The Poseidon choir is an amateur choir formed in 2018. They compose and perform experimental choir pieces and performs as a back-up choir for LauNau. The choir has performed on the Balloon 360 stage at Flow Festival, at Korjaamo and Luonto ry’s Forest Fest on Kemiö island.